There is nothing better than a runners high, and when you finally get to the point when it feels like you could run forever.  The endorphin rush is one of the main reasons most of us roll out of bed at 5:30AM to lace up and put ourselves through the aches and pains that come with the sport.

The physical benefits of running are obvious, compounded by the impact it has on our mental health. More and more people are turning to running as a way to transform, but not everybody has what it takes to stick with it for the long haul.

Here are 3 reasons why you're likely to quit, and how you can avoid being one of the unsuccessful ones.

A classic mistake that many new runners (and experienced runners) make is doing too much too soon. I often have people come to me for help after a bumpy start to their running life. What I almost always see is someone that has a very narrow measure of success when it comes to running. They will typically use time and distance as the only measurements to gauge their progress. One day they run 2km and after a day or 2 go to 3k and then 5k. As they get a couple runs under their belt they start to time how fast they can cover the distance from one day to the next, usually with "faster" every time as the goal and their indication of progress.

This approach works for a while but it's usually a matter of time before injury hits and sidelines them. All progress is lost as they're forced to deal with a serious issue, then start back at square one. That is if they have the tenacity to start back up at all. Most people will get discouraged and give up on running, knowing how hard it was to get themselves to the point they were at before it went sideways.

Something I hear often is "I can't run.......I've tried before and can't do it". While sometimes this can be the case, I can almost bet its a rough experience like I've described above that puts this thought in someones head.

Running is a highly repetitive sport that puts stress and force on your body. Like most non-Kenyans if you're stride is less than perfect, the risk of injury climbs even further.  While your aerobic capacity may develop quickly, it takes time for the muscles that are called to action in running to adapt.  Your lungs may fully support the idea of a brisk 5K, but your shins may quickly remind you that they're not quite there yet.  Introduce pain.  Take a break from running.  Never come back to it.  I've see it a hundred times.

My advice to someone starting to run is to have a long term mindset.  Running is a sport that you can do for most of your life, especially if you take care of your body and are patient with how quickly you progress.  Don't make a spur of the moment decision to sign up for a half marathon in 10 weeks and then scramble to get yourself ready.  You'll regret it I promise.

Runners are a special breed.  There is a huge amount of acceptance from all levels and very little judgement is ever cast from one runner to the next.  It's kinda like when you see two guys on motorcycles pass each other on the highway and give a casual wave.  They acknowledge each other and share mutual respect for another member of their tribe.  Go to any marathon and you'll see the same thing.  Encouragement, support and acceptance is granted to anyone that has the courage to tie up their running shoes and get out there.  Besides the 5 guys at the front that are trying to win the race, the rest of us are out there just to better ourselves and maybe get a free shirt.

It's all the miles that you need to put in behind the scenes that can make it tough.  If you're the only runner in your house it can be a great way to escape and get some time away, but there can be a lot of hours spent where you wish you had some company.  I usually run first thing in the morning, and when its November, minus 15 degrees and blowing snow, its a takes all I have to drag myself out the door and go out alone.  Long runs can be tough as well, spending 2-3 hours on the road solo can sometimes be hard.

So how to you stay self motivated?  Maybe your partner won't run with you, but I guarantee there are dozens of people and clubs in your area where you can find someone that will.  Finding a running buddy is a great way to help pass the miles, stay accountable and on track.  I love training with people that are just a bit faster than me so I have to work hard to keep up and have the extra push to not give up.

If you're really ready to commit, find a good running coach.  They can help build you a plan, offer you support and help you to optimize your training, which ultimately will add to your satisfaction.  You can connect with other athletes that the coach is training who are at the same level as you.  It's really hard to quit when you're connected to a group, so find one that is fun and encouraging!

If you live in a warm climate where there is no snow, you can skip to the end.  You can't use this excuse to quit!  But if you live somewhere like I do (Canada) you're faced with meeting Jack Frost every November whether you like it or not.  All of the progress you made from March to October took you hours and hours of sweat and hard work to get.  The thought of running on a treadmill is mind numbing, almost as bad as training in a blizzard.

I see a lot of people "cross train" or take a break in the winter time to avoid the cold, and never come back.  It's really hard to get into the routine of running at the start, but even harder to come back from a break, knowing that you've lost progress from where you left off.

So how do you survive the winter......simple.  SUCK IT UP!  Sorry that is my inner coach coming out, but it really is the truth.  I like to use the winter time as a key time of year to build up my mental toughness.  It's super hard to get out the door some days but you never regret going once you finish a run, even if it takes a while to feel your fingers.

The best way to survive the winter is to plan ahead.  Get the right gear.

Spend money on good gloves, face protection, wind breaking underwear (don't ask.....just figure it out yourself) and a good jacket.  It's just like the tires on your car.  Don't wait until December to put on your winter tires.  Do it in the fall before the snow flies and avoid sliding through the crosswalk and nearly clipping a school kid.  Too dramatic?......sorry just making my point.  The lesson here, plan ahead.  Unless you live in the North Pole, (and even if you did) there's great running gear that can keep you out there running all year.  And yes you can always retreat to a treadmill if you really need to.

So pledge to yourself that no matter what, quitting is not an option.  Think long term. Find a running buddy and get the wind breaking underwear......seriously.

Supplements for Runners: From Training to Recovery

Run Like You Golf - How to fix your Running Stride.

How To Taper For Your Next Race 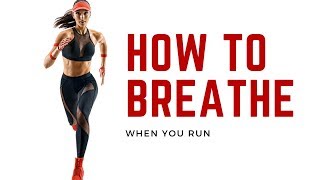 How To Breathe When You Run - Video 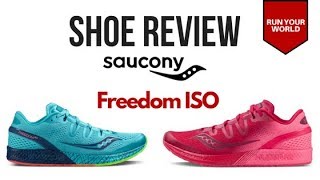